Chief Justice of the Cayman Islands 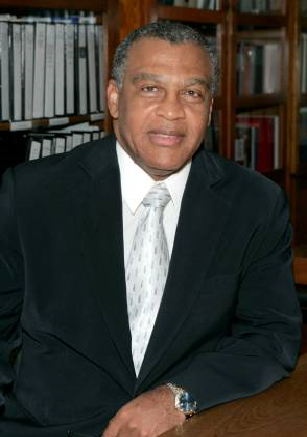 Justice Smellie attained his LLB (Hons) degree from the University of the West Indies in 1975 and his post-graduate professional qualifications as a Commonwealth Caribbean attorney-at-law from the Norman Manley Law School, Jamaica, in 1977. He was admitted to practice as an attorney-at-law in Jamaica in 1977.

He served as Clerk of Court for the parish of Westmoreland, Jamaica from 1977-1978 and was appointed Crown Counsel in 1978. He later became Assistant Director of Public Prosecutions for Jamaica, a post in which he served for 5 years. While practicing at the Public Bar in Jamaica he also served as an Associate Lecturer at the Norman Manley Law School.

Justice Smellie is an alumnus of the International Development Law Institute, Rome, Italy and of the London Business School (Executive Education Programme).

In August 1991 he was appointed as Queen’s Counsel.

Justice Smellie was, as a Cayman Islands representative, one of the founding members of the Caribbean Financial Action Task Force, the regional offshoot of the G7 FATF and as such was responsible for leading Cayman’s response to the very first CFATF mutual evaluation. In recognition of his work on the CFATF/FATF he was appointed as a team member of the FATF’s mutual evaluation of the United States legal and financial regimes, in 1996.

Justice Smellie was appointed as Chief Justice of the Cayman Islands in June 1998 and continues to serve in this capacity. He also serves as the Mutual Legal Assistance Authority under the Cayman – United States MLAT.

Justice Smellie’s work on the bench has been recognised by the conferment of several honorary appointments:

He was most recently appointed to the Court of Appeal of Bermuda in March 2018.

In his capacity as a law officer of the Crown, Judge and Chief Justice, Justice Smellie has represented the Cayman Islands at many international conferences and symposia, speaking on topics as varied as Judicial Leadership, Youth Justice, Restorative Justice, Judicial Independence, Money Laundering control, Trusts, Human Rights, Corporate Insolvency and Re-organisation and the Forfeiture and Recovery of the Proceeds of Corruption.

Papers given by him have been published in various publications, including the Beijing Law Journal, the UNDCP, the U.W.I. Law Journal, the Journal of Money Laundering Control and the Commonwealth Judicial Journal.